Batala is a form of Samba Drum music which originates in Salvador de Bahia in North Eastern Brazil. Batala was formed as the European wing of Cortejo Afro (a style of Brazilian Samba) by Giba Gonçalves in Paris in 1997.

Giba is the maestro of the Batala sound, which he composed after the style of his home town Salvador, in Brazil. The music has its roots in African traditional music which found its way to Brazil and has been incorporated into Brazilian culture since.

Using this influence, Giba formed a 60-piece drumming band, called it Batala, and encouraged anyone with an interest in his music to form their own Batala group under his name. There are now over thirty groups of over 1,000 drumers around the world playing the same Batala rhythms as part of Batala Mundo. 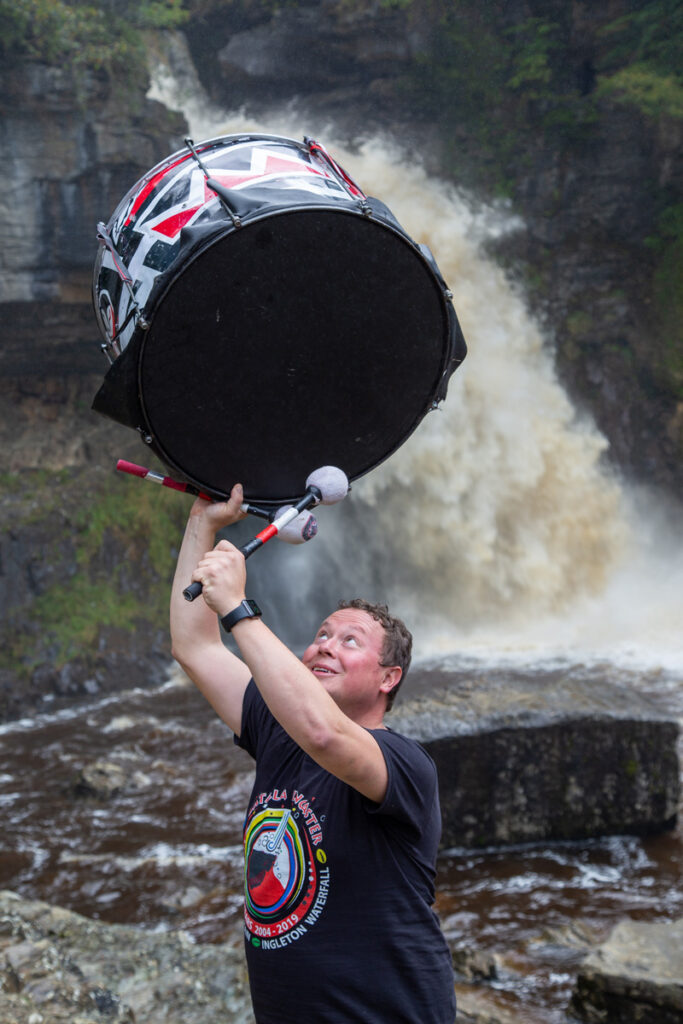